Adit had a big day coming up. He was excited about the interview result which was supposed to be declared anytime. Mean while he had another big one lined up in two days.  The same day morning he had a presentation scheduled with his manager. It was a critical report and solely the responsibility of Adit. Mean while at home, there were some family responsibilities lining up from almost a week.

Adit was having this feeling of urgency. Life was moving at an undeterminable path. There was a rush.  There was hurry in everything he did. There was a call for urgency from every end. And when finally it was the day,

The family priorities were left unfinished, led to arguments, unfulfilled duties; he skipped his breakfast and reached office. While the presentation started, because of some unfinished jobs from manager side, all blame was sided to Adit. The presentation was halted in between asking him for a better. It was this monstrous manager for whom Adit wanted to change his job for. Just then, after the lunch, there was a mail which stated the rejection of his interview. It was a dream job rejection. Adit was soaking into a deep realm of thoughts.  The only left hope was another interview scheduled in the evening, which he failed too.

That day, Adit cried. His whole body cried. There was a call for urgency, an urgent need for rest. With no further decisions, he lay down on his bed and was into dreamless, thoughtless sleep.

Next day morning, he was stronger than ever before. Mentally, Emotionally, Physically, Realistically.

This Post is written for the Incredible Blogger Marathon Challenge. The challenge has 10 tasks and this is the first one.

IBMC #01:  Phrase a Paragraph Challenge is the first to write a paragraph of 100 words by choosing one out of given ten topics. (Rules can be checked out in link) 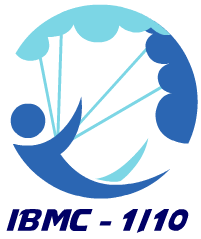 Here is my post on ‘tick tock tick tock’:

It was not the clock. It was not the timer. Everything around Adit was tranquil and serene. But Adit was in anxiety and rush.  He could see the ducks quacking in buzz tone and happily flying around the pond. He could listen to the chirps from the tree in close proximity. It was a gauzy weather just perfect to gaze at nature and splurge rest of the evening. But Adit had this ‘tick tock tick tock’ going on in his heart. He could see her coming at far distance and he was all ready to propose her!

Following are the mentioned topics:

Feel free to take up the challenge if interested.

The hands of a clock,
Always have a stock,
Of,
Tick tock’s couple,
Ding Dong’s couple.

The hands together,
Bonded forever,
Moving with,
Couple of seconds,
Couple of minutes.

One hand following the other,
Said,
Without “U”,
I am just a meaningless
“cople”.

This Poem is Written for Poetry 101 Rehab: Couple.

You can read the poems written by others here by clicking on the blue fellow: